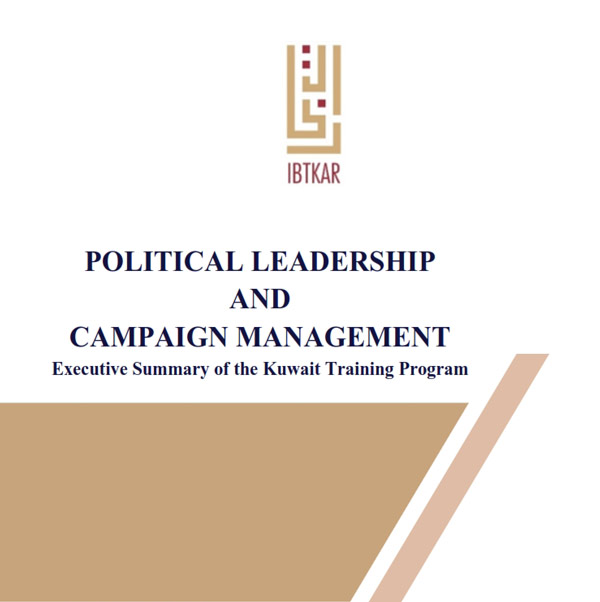 “The Political Leadership Campaign Management program gave me a deeper insight on the political spheres in Kuwait and demonstrated methods of how to communicate effective messages to a diverse audience while still maintaining an authentic and distinct voice.
The program has helped me identify and calibrate my weaknesses and allocate my strengths as I worked closely with a political campaign and as well as in my day-to-day functionality.” – Farah Al Wugayan, Lawyer

“The Political Leadership course run by Ibtkar was a very hands on and realistic course that not only gave me insight into how the political scene operates in Kuwait, but it also introduced me to important figures operating in the sphere of politics and media. As a journalist, listening to their experiences first hand helped me understand some of the challenges people face (especially those working in politics and media), the trajectory of those that “made it” and how they came to be, as well as the main changes that occurred in the past few years and how it effected Kuwait.” – Yasmena Al Mulla, Freelance Journalist